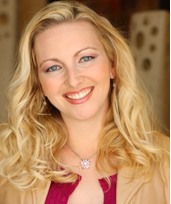 Amie B. is a classically trained actress and director. She has worked on the stages of Britain, off-off-Broadway in New York and throughout the Southern United States. She has a passion for Shakespeare, Sondheim, Restoration Theater, the cinema and creating new works alongside traditional brilliance.    Twitter/Instagram: @Official_AmieB

Upcoming: Player Queen in Bard at the Bar's production of Hamlet in Las Vegas